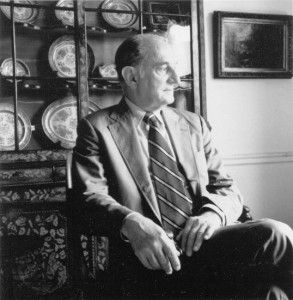 Louis Auchincloss died on January 26 at the age of 92. The New York Times provides a fine obituary, which notes that:

Although he practiced law full time until 1987, Mr. Auchincloss published more than 60 books of fiction, biography and literary criticism in a writing career of more than a half-century. He was best known for his dozens and dozens of novels about what he called the “comfortable” world, which in the 1930s meant “an apartment or brownstone in town, a house in the country, having five or six maids, two or three cars, several clubs and one’s children in private schools.”

This was the world he came from, and its customs and secrets were his subject from the beginning. He persisted in writing about it, fondly but also trenchantly, long after that world had begun to vanish.

Mr. Auchincloss was a Grotonian and a Yalie.  For an elegy about another Yale family, consider reading “Cheerful Money” by Tad Friend.