In the 90s, when the Internet was new and Bill Clinton still had more tomorrows than yesterdays, the estate tax exemption was $600,000, an amount even Thomas Piketty might think was rather low.

We live in a very different world today. The Internet, no longer new, has gone social and mobile. A Clinton third term may occur.

The estate tax exemption is $5.43 million and indexed for inflation – with the result that 99.8% of estates won’t be taxable.

Yet, as we’ve discussed recently, taxes weren’t the only reason to use trusts.

One of the most significant non-tax reasons to use a trust is planning for a surviving spouse’s remarriage.

What are the risks to family wealth when a surviving spouse remarries, and how can using a trust (and designing that trust thoughtfully) reduce them?

Here’s why the elective share statute is a problem when a trust wasn’t part of the estate plan: the surviving spouse might get remarried, without getting a prenuptial agreement.

If your spouse has inherited outright from you, and doesn’t get a prenuptial agreement before remarrying, and their second spouse survives, the second spouse has strong economic incentives and the legal right to divert half of the inheritance your spouse received from you away from your descendants.

Does that sound like a good outcome to you? (I’d expect it doesn’t.)

Placing a spouse’s inheritance into trust solves the elective share problem, because assets remaining in the trust at your spouse’s death won’t be included in your remarried spouse’s probate estate – the asset “bucket” that’s vulnerable to the elective share statutes. 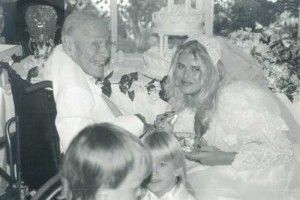 When a substantial inheritance is held in trust, it’s much easier for a surviving spouse to be more confident that a suitor is interested in him or her, and not their wealth.

It also makes it much more likely that relationships among a surviving spouse, his or her children, and their new stepparent won’t be strained by fear of disinheritance.

Bluntly: if a surviving spouse’s inheritance isn’t held in trust, and the spouse has additional children, the deceased spouse’s children are likely to eventually inherit less.

Using a trust is a first step to protect the long-term flow of wealth to descendants even if a spouse remarries, but it shouldn’t be the last.

How the trust is designed can be just as (or even more) important. Trust design issues to consider carefully include:

A simple solution to this potential problem is to provide that a surviving spouse may serve as trustee of the trust for his or her benefit only when not remarried.

Most married couples I represent want a surviving spouse to be provided for as generously as possible, and of course this instinct makes sense.

But if a spouse remarries a wealthy person (or a person who likes the finer things in life), should generous distribution standards in a trust directly or indirectly subsidize an enhanced lifestyle for the new spouse?

Will generous distribution standards allow rapid depletion of the trust, and accumulation of wealth outside the trust – wealth which might pass to the new spouse, or to new children?

To reduce these risks, a trust could provide that at any time a surviving spouse is remarried, the spouse himself or herself couldn’t be trustee, and that the successor trustee should consider the availability of other assets and income available to support the spouse when making distribution decisions.

Trusts often include powers of appointment allowing a beneficiary to direct the distribution of remaining trust assets when the beneficiary is no longer living.

When narrowly drafted, powers of appointment often limit the “permissible class” of appointees to the descendants of the person whose wealth funded the trust.

When drafted more broadly, powers of appointment may permit assets to be appointed not only among descendants, but to any person or entity.

Whether general or limited, broadly written powers of appointment provide valuable flexibility – as, for instance, when a surviving spouse might choose to appoint assets to support worthwhile philanthropic objectives, without unreasonably depleting descendants’ inheritance.

When a surviving spouse remarries, broadly written powers of appointment can lead to unintended consequences and discord.

A surviving spouse allowed to appoint trust assets to any person or entity certainly might direct them away from descendants in favor of a new spouse, or to additional children, or to a new spouse’s children.

Although imperfect, potential ways to reduce risks relating to powers of appointment held by a spouse include limiting permissible appointees to descendants and/or charities, and providing that at any time after a spouse has remarried, the spouse may only appoint to descendants, rather than to any person or entity.

Remarriage of a surviving spouse may not be a topic spouses want to discuss in depth, but at the very least, it’s one their advisors should keep in mind, and seek opportunities to plan for thoughtfully.