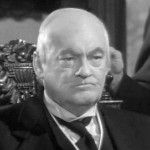 In 2010, KYEstates provided coverage here, here, and here regarding creditor protection for inherited IRAs. At that time there was no clear consensus on the degree of protection these accounts enjoyed. Earlier this year, in Clark v. Rameker, 573 U.S. ___ (2014), the Supreme Court resolved a circuit split and delivered bad news for debtors, finding that a debtor’s inherited IRA was includible in her bankruptcy estate.

Clark is an important decision because it clarifies that IRA assets inherited by adult children or other beneficiaries are exposed to creditor claims.

Because qualified retirement plans such as 401(k) accounts rolled into IRAs are a growing fraction of the wealth many families hold (including, particularly, those of high-earning professionals), Clark presents a non-tax reason for many families to consider using trusts for adult children in their estate planning.

It was fun to read the “Cliffs Notes” Clark provided on the subtleties of how various types of IRAs are treated. If that overview was good enough for “the Supremes”, it’s probably worthwhile sharing in summary form here.

(While the summary above is helpful, as KYEstates has noted, however, for an in-depth treatment, there continues to be one best place to go: Natalie Choate’s well-loved and often-used Life and Death Planning for Retirement Benefits.)

Clark‘s path to the Supreme Court featured dramatic reversals of fortune.  The IRA in question was established by Ruth Heffron in 2000.  When she died in 2001, the account (then worth approximately $450,000) passed by beneficiary designation to her daughter, Heidi Heffron-Clark. Heidi elected to take monthly distributions from the account. By the time Heidi and her husband filed a Chapter 7 bankruptcy petition in October 2010, the distributions had likely overtaken investment returns, and the account had shrunk (as most such accounts will) to approximately $300,000.

(I think it’s a Frank Capra sort of moment when a $300,000 amount in controversy arrives at the Supreme Court, don’t you?)

(In case you lost track, that’s a final score of Debtor 1, Creditors 3, game to Creditors….)

To reach its finding, the Clark court used the plain meaning of “retirement funds” (the phrase in Section 522(b)(3)(C) relied upon by the debtors): sums of money set aside for the day an individual stops working. Rather than relying on a fact-specific review of the debtor’s intent to use the account in retirement, the Court performed an objective review of contrasts it found meaningful between the inherited IRA and traditional or Roth IRAs.

It found three key features of inherited IRAs suggesting that they are not “retirement funds” within the meaning of the Bankruptcy Code:

The Court particularly focused on the ability to withdraw inherited IRA funds without penalty.  While the purpose of the Bankruptcy Code’s exemptions for traditional and Roth IRAs is to help ensure that debtors will be able meet their “basic needs” during their retirement years, providing bankruptcy protection for inherited IRAs that could be used after bankruptcy proceedings are complete to buy a “vacation home” or a “sports car” would convert the Bankruptcy Code’s purposes into a “free pass”.

Although KYEstates is pro-debtor, the Court’s reasoning in Clark was sound, and it’s valuable for clients and advisors to be able to plan with greater certainty as they coordinate beneficiary designations with the estate plan.

No answer is likely to be universally correct, but for families with large IRA balances that will be a substantial portion of the wealth inherited by descendants, Clark provides a strong non-tax reason for continuing use of trusts, even in a planning environment with comparatively high estate tax exemptions.